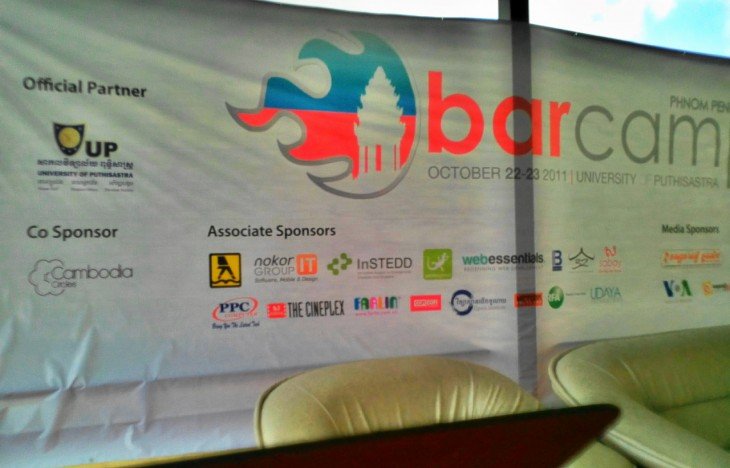 Founded earlier this year by initiative members living in foreign country with the support of Cambodian taskforce in term of content providing, Cambodiacircles.com has a great honor to be a co-sponsor in the Barcamp Phnom Penh 2011, a two-day conference focusing on technology. 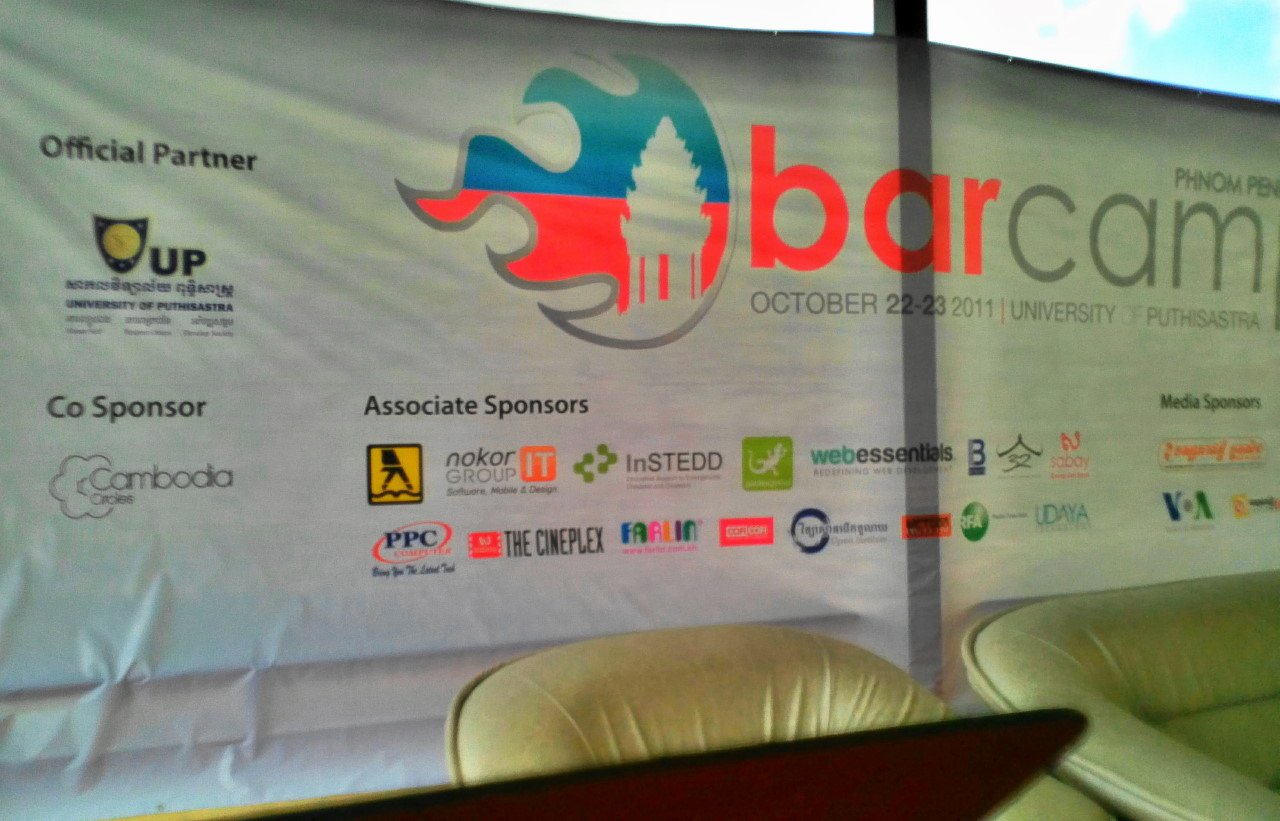 Cambodiacircles.com is struggling to be more than a social networking site for Cambodians by gathering 6 groups of people who share the same interest, activity, or achievement. They are professional groups, civil servants, NGOs, Academics, Business Owners, and the rest of us who are still studying or unemployed.

Everyone can check every content in our website though you are not our member; however, with the registration to be our member, you can do more than that. You are allowed to post your comments, share your wonderful photos, videos, likes, and participate in our discussion once you become our member.

Please try it out!

CambodiaCircles : Get Connected to Success

Some of you might say it’s a bit late for Student Blog to run a story about an accident happened at Koh Pich (Diamond Island) on Monday night. As a Cambodian, I think this tragedy will never be outdated to write and it’s hard for me to let this event passed without having something on my blog.

Last night, I was at my hometown in Kampot province and while I was sleeping, my parents woke me up to watch a live broadcast program on TV. It’s around 2am at that time. Having a look on TV screen, I immediately felt shock because of what I saw and heard was about the tragedy that hundreds people died and other hundreds people injured.

A short time after I saw what was happening, I took my phones to call to some of my friends and relatives asking whether they are all right while lots of SMS came to my phone one after another asking whether I am ok.

Ki Media mentioned that the accident happened around 10:00pm on 22nd of November 2010. You can read many articles about this accident written in both English and Khmer and to assist you, I will recommend you some addresses below.

A 50-year-old British man has been arrested for a second time in Cambodia on suspicion of sexually abusing underage girls, one as young as 11, police said on Monday.

Michael Julian Leach, from London, was arrested at a guesthouse near Phnom Penh on Sunday, said Keo Thea, chief of the capital’s anti-human-trafficking and juvenile protection unit.

“Police had followed him from Phnom Penh because we knew in advance that he would go to find children in Kandal province,” he told AFP.

Leach, in Cambodia as a tourist, was being held for allegedly soliciting sex from two girls aged 11 and 13, Keo Thea said, adding that three Cambodian people were also arrested for procuring the girls.

Leach was first arrested in Cambodia 2005 – when he was working as a doctor at a children’s organisation – for allegedly having sex with three underage girls, police said.

He was freed after the court dropped charges against him, citing a lack of evidence.

Dozens of foreigners have been jailed for child sex crimes or deported to face trial in their home countries since Cambodia launched an anti-paedophilia push in 2003 in a bid to shake off its reputation as a haven for sex predators.

by: Dara Saoyuth
Edited by: Mr. Suy Se, Cambodian news correspondent for AFP, and AFP editors
This article is under AFP copyright

A drunk Cambodian man accidentally detonated an old grenade that he was using as a pretend microphone, killing himself and three other men and wounding three women, police said Tuesday.

The rocket-propelled grenade, a remnant of the country’s decades of war, exploded on Sunday near a small gathering in Pursat province in western Cambodia, local police chief Pich Sopheap told AFP by telephone.

“The explosion occurred after a drunken man used an unexploded B-40 grenade as a microphone while he was singing and later hit it against a wooden stick,” said Pich Sopheap.

The blast killed the 30-year-old man and three male farmers instantly, and critically injured three women who were chatting nearby underneath a raised house, he said.

Cambodia, one of the world’s most heavily mined countries, is littered with unexploded ordnance from nearly three decades of civil war and the secret US bombing of the nation in the Vietnam War.

In May, five plantation workers were killed after their vehicle hit an old anti-tank mine in a former stronghold of the communist Khmer Rouge rebels.

by: Dara Saoyuth
Edited by: Mr. Suy Se, Cambodian news correspondent for AFP, and AFP editors
This article is under AFP copyright

Press Release from the Seminar

Over 140 persons join the Seminar on the Role of Civil Society and Human Rights Defenders this morning at Raffles Hotel conference venue. The participants representing local and international NGOs, the Cambodian Government, Embassies, international institutions and others that share human rights concerns.

A two-day seminar, which is organized by the European Union,  has a dual objective: First to enhance the EU-Cambodia official human rights dialogue by consulting with European and Cambodian civil society groups on human rights, and second simultaneously providing a space for free and constructive discussion between government and civil society in Cambodia.

To make everybody feel free to talk and to express thier views, Rafael Dochao Moreno, a delegation of the European Union to the Kingdom of Cambodia, said they don’t want statements made during the discussions to provide headlines for tomorrow’s newspapers.

Dominique Mas, the France ambassador in Cambodia, said during his welcome remark that the contibutions from participants are essential to help them conduct thier action in Cambodia, and understand the national context and the expectancies of thier partners.

Barcamp III started it’s first meeting with volunteers this afternoon since 3pm until 5pm. This first two hours meeting cannot enable all volunteers from various backgrounds to know each other well, but at least all of them know their positions and know who will be the leaders of their teams.

The best event can never be the best if it is lacked of good preparation, so hopefully it is not too late for Barcamp III since we have decided to start our first meeting from now on in order to discuss about the two day events which will be held from 25th to 26th September, 2010.

Barcamp III will be celebrated in the campus of University of Puthisastra (UP) after it was held at Cambodia-Japan Cooperation Center (CJCC) in 2008 and at Pannasastra University of Cambodia (PUC) in 2009.

Various kind of drugs / by: Wikipedia

The pills contain an active drug ingredient pseudoephedrine, a precursor for methamphetamine and amphetamine, Hun Hean told AFP by telephone, adding that a 35-year-old man was arrested in connection with the pills.

Hun Hean said the crackdown took place hours after the man picked up the medicine from Cambodian-Thai border cross checkpoint in Poipet.

A health official told local media that the medicine could be used to produce two million to three million of illegal drug pills. Cambodia has become a popular trafficking point for narcotics, particularly metamphetamines and heroin, after neighbouring Thailand toughened its stance on illegal drugs in 2002. 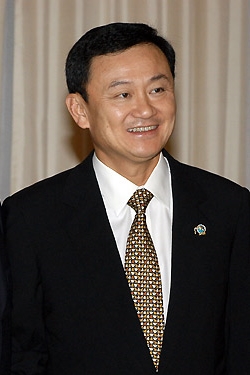 Thailand former prime minister, Thaksin Shinawatra, quit his job as an advisor to the Cambodian government on Monday, 9 month after he was appointed on 5th November last year.

A royal decree signed by King Norodom Sihanmoni said Thaksin resigned from his positions as personal adviser to Prime Minsiter Hun Sen and economic adviser to the Cambodian governement.

Accoding to a government statement, Thaksin requested for his resignation because of difficulties in fulfilling his duty.

Cambodian riot police dispersed a group of  about 150 protesters after they hold thier protest in front of Prime Minister Hun Sen’s house in Phnom Penh on Monday morning. All protesters are Boeung Kok Lake residents who are facing flooding and eviction.

Below are some photos and a short video clip I shoot during the protest and I’d like to share it with my beloved visitors.

A protest in front of National Assembly This Morning