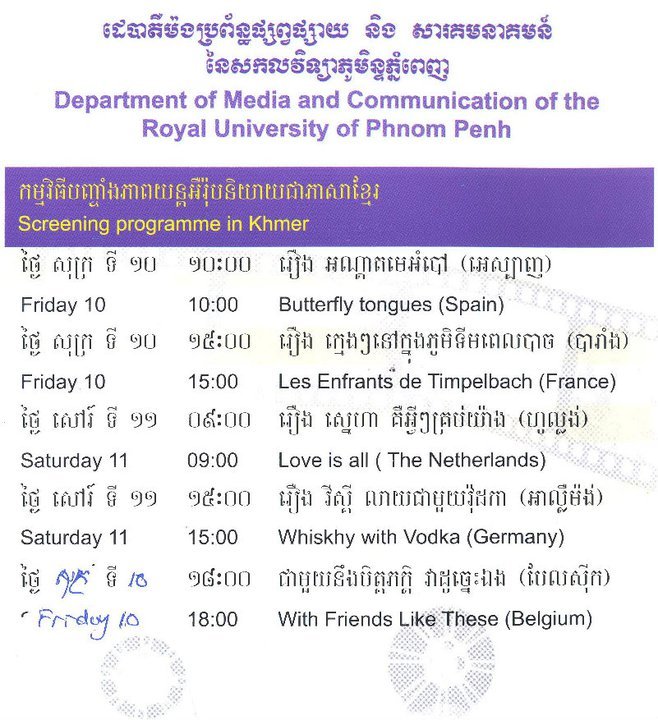 A Life in Dance

Chumvann Sodhachivi, more commonly known as Belle, is not only one of Cambodia’s greatest cultural ambassadors for her dancing in performances around the world; she has also found a way to make a living through her passion for the arts. Between her travels to the US, Hong Kong, Singapore, Indonesia, Malaysia and France for cultural exchanges and dance workshops, she has established herself as a leader in the innovation of Cambodian contemporary dance, combining classical and modern styles to create a dance which expresses the globalization of the 25-year-old’s home country.

Creating a new style of dance in Cambodia, where older generations are hesitant to tamper with traditional culture, has not been easy. After her first performance in 2003, she received praise, criticism and confusion from her audience. “30 percent of the audience really didn’t like, the other 70 percent said it was difficult to understand,” she said. “People were saying to each other ‘What are they doing? What kind of dance she is dancing? It’s crazy!’”

Although the initial reaction to her and the other 4 women in her group was disheartening, Belle continued to pursue her passion for dance. “I promised to myself that I would continue dancing with the hope that someday my audience will love it and I will be a success,” she said.

A recent performance by Belle and her fellow dancers at Chenla theatre on May, 14, seven year after her first contemporary dance performance, shows that her resilience and hard work has indeed raised appreciation of contemporary dance in the Kingdom. The audience was an even mix of Cambodians and foreigners and Belle says that many of the Cambodians who used to complain about her modern adaptation of traditional dance have started to appreciate her vision and attend her performances.

Though many people may think that going to university to study dance will leave you with a degree and no job, Belle has shown that a passion for the arts can be profitable as well. Belle graduated from the Royal University of Fine Arts (RUFA) in 2007 after 13 years of studying and has created various outlets for her talents. She organizes dance classes as well as private lessons to teach others to express themselves through dance and can also be seen on CTN and stages across the country performing her latest numbers. It has taken huge amounts of time and energy, but Belle is now one of the Kingdom’s great examples of artists creating a new, and commercially viable, expression of the changes in Cambodian society.