Invitation to the press conference launch of documentary

To whom it may concern:

Department of Media and Communication of Royal University of Phnom Penh is pleased to invite all the press and related institutions to the press conference on the launching of our students’ production of documentaries titled “Until Now.”

The press conference will be conducted on Wednesday, June 22, 2011 at 9am in the Department of Media and Communication with the honor present of H.E. Khieu Kanharith, Minister of Ministry of Information.

Please find the attached press releases in Khmer and English for more information.

What:  Release of new video documentary “Until Now: Outgrowing the Shadow of Democratic Kampuchea.”

Who:   Filmmakers from the Department of Media & Communication and distinguished panel speakers.

P.S. Please confirm if you can come. 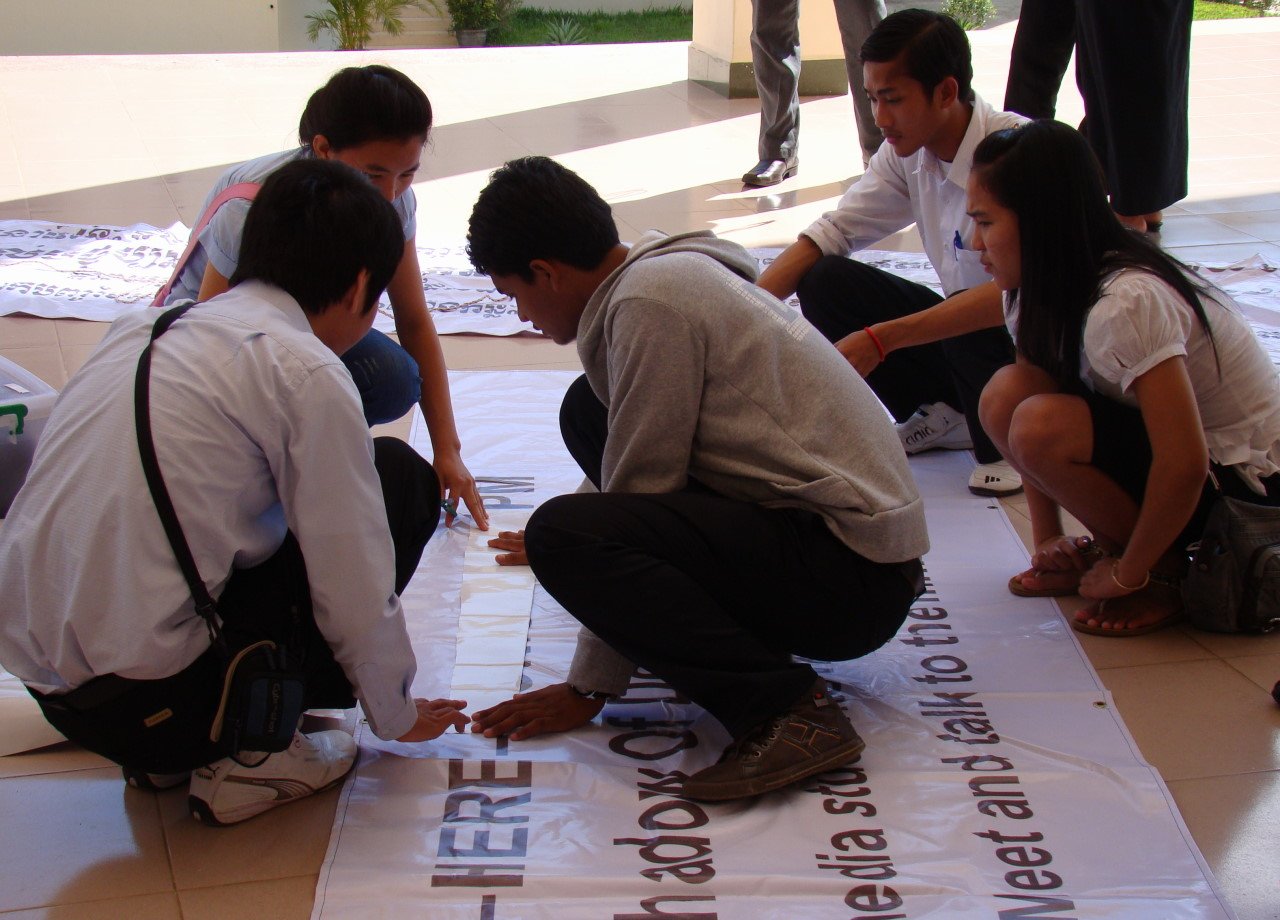 Tonight, I am very lucky to have watched “Burma VJ” from the start till the end of the screening time at Meta House.  This is a documentary film which you should not miss if you are interested in journalistic work.

The film shows a group of young video journalists who try to bring news about the protesting in Burma in 2007 to the outside world. For them, capturing news out to the world is more important than their own safety because sometimes they have been arrested by the police officers that they don’t want journalist to broadcast news about the protesting. Some parts of the film was shot on hand-held cameras and the footage was smuggled out of the country mainly by internet and was later broadcast back to Burma and the world via satellite.