Nokia to establish a new manufacturing site in Vietnam

Increasing capacity to connect the next billion to the Internet 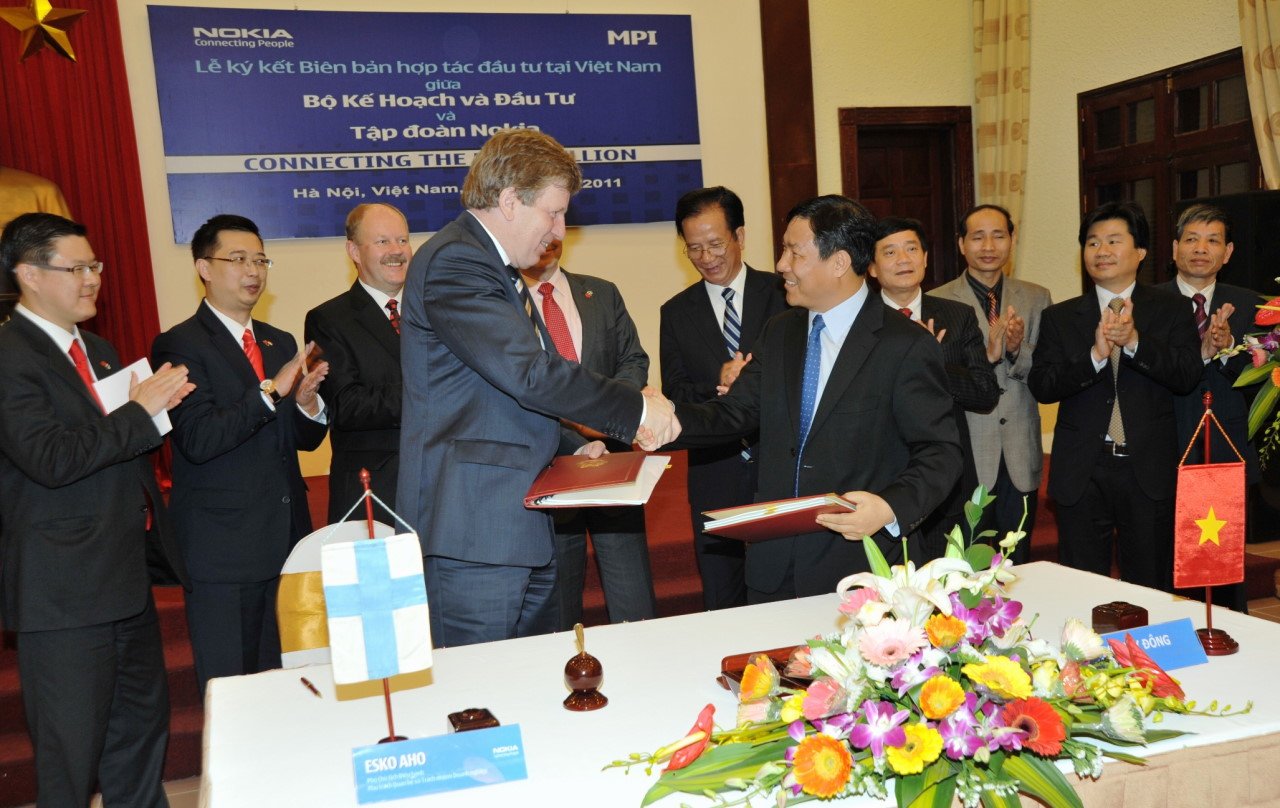 Espoo, Finland – Nokia’s ambition is to connect the next billion people to the Internet. As a major step towards achieving this goal, Nokia today announced plans to establish a new manufacturing site near Hanoi in northern Vietnam. Nokia plans an initial investment of approximately EUR 200 million, with further size able investments thereafter. In a ceremony that took place in Hanoi, Vietnam, the representatives of the Vietnamese government and Nokia signed a Memorandum of Understanding marking the beginning of a phase of preparations ahead of the targeted opening of the new plant in 2012. The site would further expand Nokia’s manufacturing network, which currently consists of ten major facilities in nine countries.

Nokia’s position in growth economies is strong, largely thanks to its powerful range of feature phones. The new manufacturing site is being established to meet the growth in demand for these phones, as well as help Nokia to deliver a contemporary mobile experience to the next billion consumers all over the world. The opportunity is huge: Almost 90{0a5c1eeb84ccc7c2d601964b33dd4fc73dc6a68f91616e3e53041e90b1033ab3} of the world’s population lives within range of a mobile signal, yet there are3.2 billion people who do not own a mobile device. And of the estimated 3.7 billion people who do own a mobile device, fewer than half use it to access the Internet. Said Esko Aho, Executive Vice President, Nokia:”Only about 30 percent of the world’s population is currently online, and we believe we can play a major role in connecting the next billion not just to their first phone but to their first internet and application experience.”

“I am extremely excited about this opportunity and about the support and commitment that Vietnam has offered to Nokia, ” said Juha Putkiranta, Senior Vice President, Nokia. “This new manufacturing site will play a key role in our effort to connect the next billion to the web.”

Vietnam emerged as a country that has both the location and developing infrastructure that made it a good choice for Nokia. Nokia first started selling products in Vietnam in 1996. Since then, Nokia has helped millions in Vietnam become connected through its mobile phone technology and network infrastructure.