Profile of Cambodian youth who is fighting the trend toward the city and making a difference, despite the difficulties in the provincial parts of the Kingdom

Upon leaving his homeland in Takeo province in 2007, Kim Bora began vocational training in the electronics field at the Centre Kram Ngoy (CKN). When he completed his final exam, he was just as quick to set his sites on a career in the countryside and within two days he was in Kampong Cham, where he continues to work today and hopes to raise his family.

The 27-year-old Kim Bora works for the Electricity Tboung Khmum Enterprise as a manager of their branch in Ou Reang Ov district in Kampong Cham.

He is tasked with not only ensuring the distribution of electricity to the people in the community he lives in, but also must ensure that his neighbours, and other customers, pay their bills on time.

“Electricity is very important in people daily life,” he said. “However, in some areas connections are still difficult and I often receive complaints that car batteries are much more expensive.”

Kim Bora admits that he has much work left unfinished, he is also proud of the accomplishments he has made. He said that so far, he and his team has equipped around 30,000 households with electricity and around 30,000 more households will be connected shortly.

Although Kim Bora moved swiftly to the province he currently lives in, he remembers the difficulties of settling in vividly. “At first, I didn’t have any friends and I felt very homesick,” he said.

But he remained persistent and after sticking it out for a while, he got used to the environment and everything has now reached a point where he feels very comfortable in his surroundings.

When asked about his future plans, he said he that he no longer considers taking a job in the city or making a return to his hometown. Why? you might ask. Well, that has nothing to do electric connections.

He fell in love with a woman while he was negotiating life in Kampong Cham and they want to stay right there to start a family together.

Preparing for a nice event 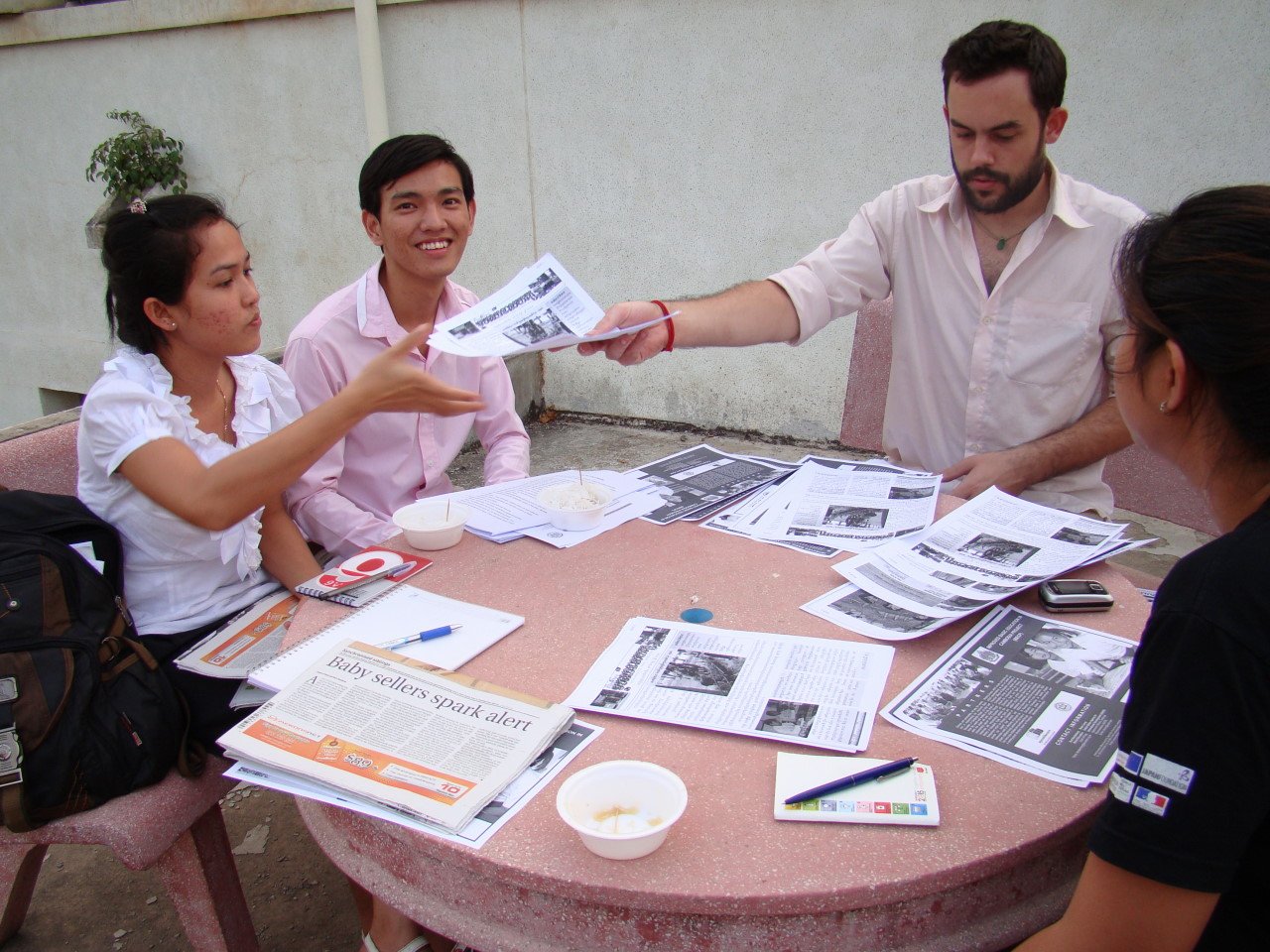 Preparing for a nice event / by: Dara Saoyuth

LIFT editor and 6 writers will be on a trip to Kampong Cham on Saturday, March 05 at around 6:30am to join a workshop at Speu School.

Since we have cooperated with World Education in Cambodia, we decided to choose this Saturday as the start of going to the province and facilitating high school students in producing school newsletter. Currently, there are 20 students who participate in the newsletter club that they received a basic training from Cookie, World Ed intern from the US.

We were told that we will have approximately 3 hours for the workshop. To make sure that all the important points will be addressed, yesterday afternoon, we sat up and divided responsibility for each of us. My editor cannot speak Khmer a lot, but he always has great ideas to present. He will prepare some documents in English for us, so we only need to put it into Cambodian context.

We will give them an introduction to 6 subjects such as: writing, editing, photographing, designing, interviewing, and researching. Six of us are divided into 3 pairs of two people and each pair will responsible for two subjects.

We hope to bring them the best as we can!