The Start screen of Windows Phone 7 / Image via Wikipedia

Espoo, Finland – To deliver on its new strategy, Nokia today announced plans to align its global workforce and consolidate site operations. These measures are part of Nokia’s target to reduce its Devices & Services non-IFRS operating expenses by 1 billion euros for the full year 2013 in comparison to the full year 2010, as announced last week.

Earlier today, Nokia announced plans to form a strategic collaboration with Accenture that would result in the transfer of Nokia’s Symbian software activites, including about 3,000 employees to Accenture. In addition, Nokia also plans to reduce its global workforce by about 4,000 employees by the end of 2012, with the majority of reductions in Denmark, Finland and the UK. In accordance with country-by-country legal requirements, discussions with employee representatives started today.

Nokia also plans to consolidate the company’s research and product development sites so that each site has a clear role and mission. Nokia expects the expansion of some sites and the contraction or closure of others.

All employees affected by the reduction plans can stay on the Nokia payroll through the end of 2011. Nokia expects personnel reductions to occur in phases until the end of 2012, linked to the roll-out of Nokia’s planned product and services portfolio. During this period, Nokia intends to ramp up its capacity for the development of Nokia smartphones based on the Windows Phone platform, the company’s broad range of mobile phones and its services portfolio.

“At Nokia, we have new clarity around our path forward, which is focused on our leadership across smart devices, mobile phones and future disruptions,” said Stephen Elop, Nokia president and CEO. “However, with this new focus, we also will face reductions in our workforce. This is a difficult reality, and we are working closely with our employees and partners to identify long-term re-employment programs for the talented people of Nokia.”

Nokia is launching a comprehensive social responsibility program for employees and the communities likely to be affected by the personnel reductions. The program will be led locally, with local partners and stakeholders, and senior management support.

“We are offering those who are losing their jobs a range of options, from individual re-employment support and re-training to making investments to promote innovation and working with a variety of partners to create new opportunities,” Elop continued.

Nokia and Microsoft Sign Definitive Agreement Ahead of Schedule 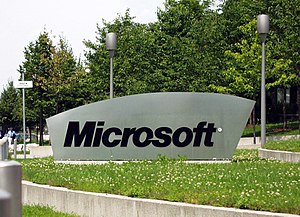 Espoo, Finland and Redmond, US – Nokia (NYSE: NOK) and Microsoft (NASDAQ: MSFT) today announced the signing of a definitive agreement on a partnership that will result in a new global mobile ecosystem, utilizing the very complementary assets of both companies. Completed ahead of schedule, the definitive agreement is consistent with the joint announcement made on February 11.

In addition to agreeing to the terms of their partnership, including joint contributions to the development of the new ecosystem, Nokia and Microsoft also announced significant progress on the development of the first Nokia products incorporating Windows Phone. With hundreds of personnel already engaged on joint engineering efforts, the companies are collaborating on a portfolio of new Nokia devices. Nokia has also started porting key applications and services to operate on Windows Phone and joint outreach has begun to third party application developers.

“At the highest level, we have entered into a win-win partnership,” said Stephen Elop, President and CEO of Nokia Corporation. “It is the complementary nature of our assets, and the overall competitiveness of that combined offering, that is the foundation of our relationship.”

“Our agreement is good for the industry,” said Steve Ballmer, CEO of Microsoft. “Together, Nokia and Microsoft will innovate with greater speed, and provide enhanced opportunities for consumers and our partners to share in the success of our ecosystem.”

The relationship is structured around four broad areas:

1. A combination of complementary assets, which make the partnership truly unique, including:

– Nokia to deliver mapping, navigation, and certain location-based services to the Windows Phone ecosystem. Nokia will build innovation on top of the Windows Phone platform in areas such as imaging, while contributing expertise on hardware design and language support, and helping to drive the development of the Windows Phone platform. Microsoft will provide Bing search services across the Nokia device portfolio as well as contributing strength in productivity, advertising, gaming, social media and a variety of other services. The combination of navigation with advertising and search will enable better monetization of Nokia’s navigation assets and completely new forms of advertising revenue.

– Opening a new Nokia-branded global application store that leverages the Windows Marketplace infrastructure. Developers will be able to publish and distribute applications through a single developer portal to hundreds of millions of consumers that use Windows Phone, Symbian and Series 40 devices.

– Contribution of Nokia’s expertise in operator billing to ensure participants in the Windows Phone ecosystem can take advantage of Nokia’s billing agreements with 112 operators in 36 markets.

3. In recognition of the unique nature of Nokia’s agreement with Microsoft and the contributions that Nokia is providing, Nokia will receive payments measured in the billions of dollars.

With the definitive agreement now signed, both companies will begin engaging with operators, developers and other partners to help the industry understand the benefits of joining the new ecosystem. At the same time, work will continue on developing Nokia products on the Windows Phone platform, with the aim of securing volume device shipments in 2012. The scale of the mutual commitment from both companies is significant and is in keeping with the intention to build a new ecosystem based on a long-term, strategic partnership.