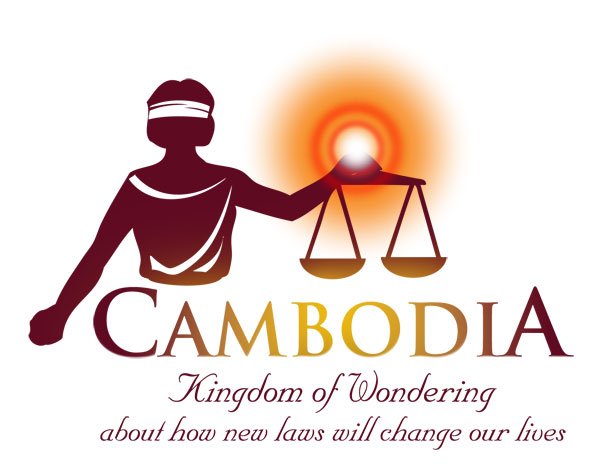 Born in Kandal’s Ponhea Leu district, this young man decided to leave home for Phnom Penh in 2009 to get a better education. Chan Sokneang, 22, is now a sophomore in English literature at the National University of Management.

Staying independently in Neakvon Pagoda, Chan Sokneang is struggling to make a living as an intern at an organisation in the city, hoping to gain some experience for his future goal as an NGO staff member after graduation. He hopes to land his dream job so he will not have to follow in his parents’ footsteps and become a farmer.

“I am very concerned about job opportunities that NGOs provide since the draft of the NGO law might affect their recruitment,” said Chan Sokneang.

Chan Sokneang said he was worried that the law would decrease the number of NGOs, which could cut down his opportunities to work for an NGO in the future.

In Samrithy, the Executive Director of NGO Education Partnership, said the new law constrained the cooperation between national and international NGOs, but it will not lessen NGOs’ careers. Instead, the law would make the recruitment process more complicated.

He added that this law did not attract donors to provide funds to Cambodia. He said: “If the donors stop funding Cambodian organisations, many NGOs staff will be laid off,” he said, adding that the law should be made to attract donors rather than to discourage them from helping Cambodia.

However, the concern of not having many NGO job opportunities is not the real issue in Cambodia’s job market. Sandra Damico, the Managing Director of HR Inc Cambodia, said NGOs do not provide the overwhelming majority of jobs in the market. It was the small and medium enterprises sector that employed the most people with sectors such as garments, tourism, finances, telecoms etc providing the most formal and documented employment.

She said: “I don’t think that the law will have a significant impact on creating employment opportunities – the private sector is the sector that will and does generate the most employment.”

Although the law does not greatly affect the job opportunities of young Cambodians, it may act as a barrier in framing NGOs’ activities. 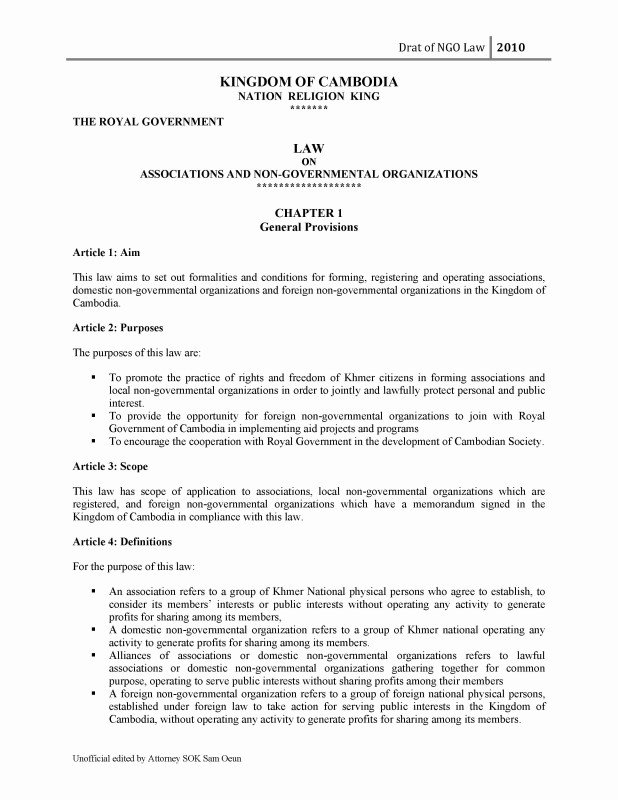 There are 11 chapters with 58 articles in the draft law. Sok Samoeun, an executive director at Cambodian Defenders Project, said the government tends to control and limit NGOs and association’s activities by using the law.

Sok Samoeun said the registration should be the right for NGOs and associations.

On January 21 this year, there was a meeting to discuss the draft law at the Ministry of Interior between the government and NGOs representatives including Cooperation Committee for Cambodia, NGO Forum, Medicam, Adhoc and Oxfam.

People who attended the meeting said the new law is going through a process and it is very important to understand each side so the law will work for all after being implemented. They said the law was not being made to violate anyone’s rights.

“If any NGO or association feels that any point in the law is violating their rights, please raise the specific article so that we can discuss it with each other,” said Try Sokheng, who was at the meeting.

Try Sokheng said the law was not being made to close any NGOs or associations down, but the government just wanted all NGOs and associations to register at the ministry of interior within 180 days of the law pass being passed.

By: Dara Saoyuth & Tang Khyhay
This article was publish on LIFT, Issue 55 published on January 26, 2010
You can download this draft law in English by CLICKING HERE